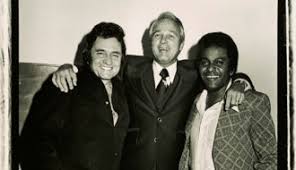 In Apollo Exploration, LLC v. Apache Corp., Texas’ 11th Court of Appeals analyzed several provisions of purchase and sale agreements in a complex oil and gas transaction and demonstrated a measured, text-centered approach to the interpretation of contract language.

Significant parts of the holding hinged on the Court’s reference to defined terms in the contracts, highlighting the importance that contracting parties clearly clarify contract terminology. The lesson for the scrivener is to know and understand two things: The effect of each word in the document, and the “big picture”: What, ultimately, are the parties trying to accomplish? This is as necessary as it is difficult, especially when the document is long and the transaction is complex.

The case is of particular interest in the context of PSAs, which address, and therefore must define, back-ins, “payout”, “leases” and a host of other terms. Apollo and its co-appellants had collectively owned 98% of the working interest in 109 oil and gas leases, covering significant tracts in the Panhandle. Apache purchased 75% of the interests, entering into four separate (but largely identical) PSAs.

The meaning of “all” and “affected leases”

Apache was to provide the sellers with an annual review and commitment for development of the leases in each the coming year. If the contents of the reports would result in the loss or release of any of the leases, Apache would then have to “offer all of [its] interest in the affected Leases” to the seller, and to transfer them to the seller upon the seller’s acceptance.  The fight centered on construction of the simple word “all,” as well as the term “affected leases.” As to the latter, Apollo argued that, to the extent that some leases covered fractional mineral interests in overlapping acreages, the term “affected leases” required Apache to offer all leases covering a given acreage, even if only one would be lost. Apache countered that it need only offer the specific leases that were set to be lost. The court, focusing largely on the definition of “Leases” in the PSAs themselves, agreed with Apache.

As to the construction of “all,” though, the Court, relying on the dictionary definition of the word, concluded that the term expressly required Apache to offer all of its interests in an affected lease to each of the sellers. Apache argued that this interpretation would render compliance functionally impossible. The court disagreed, noting that the interests could potentially be transferred to the sellers collectively, or that only one seller might accept. The court saw this result as an “unavoidable” consequence of the PSAs’ express language. Apache was bound by the documents as they were written.

You will live or die by your defined terms

The second disputed provision preserved to each seller a back-in option for up to one-third of its conveyed interest once the project reached 200% of “Project Payout.” Again, the court gave great weight to the PSA’s defined term.  The PSA definition of “Project Payout” provided a definite formula for the calculation. The court rejected Apache’s argument that it needed to achieve a 2:1 return on its overall investment for the back-in option to trigger, instead holding the parties to the expressly defined terms they had agreed on.

Of special interest to trial lawyers are pages 38 to 58, in which the court resolving disputes over the trial court’s striking of several of Apollo’s expert witnesses for reliability and untimely designation of adjusted opinions.

*Rees is a rising 3L at Duke Law school and was a Gray Reed summer associate.