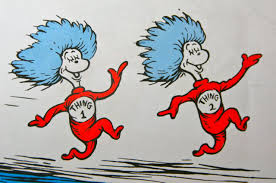 In Mary et al. QEP Energy Company  the question was, given an encroachment of a pipeline onto the property of another, what is the test for determining the good faith, or not, of the party in possession?

Ms. Mary and QED were parties to a Pipeline Servitude Agreement and what appears to be an oil and gas lease (the court could have just called it that). Ms. Mary  et al claimed that QED’s gas pipelines unlawfully extended onto their property by 31 feet and 15 feet and sought disgorgement of the profits derived from the pipelines. The issue was to determine the source of the liability of QED, the encroacher, which would determine damages.

The parties each had their favorite statutory solution. CC Art. 670, cited by the plaintiffs, addresses a landowner who constructs a building in good faith that encroaches on adjacent estate.  The district court went with Art. 670. But the Fifth Circuit observed that Art. 670 addresses a “building” built by a “landowner” and determined that a servitude holder is not a landowner and a pipeline is not a building in the ordinary sense of the word. The Fifth Circuit went with Art. 487, championed by QEP, which addresses the doctrine of accession.

“For purposes of accession a possessor is in good faith when he possesses by virtue of an act translative of ownership and does not know of any defects it is ownership. He ceases to be in good faith when these defects are made known to him or an action is instituted against him by the owner for the recovery of the thing.

So what is accession? Harking back to simpler times, the Louisiana Civil Code designates material or intangible objects that are susceptible of appropriation as “things”. Land is a “thing”, for example. The ownership of the “thing” confers upon the owners “the ownership of everything that [the thing] produces or is united with it … ”. Secondary things are known as accessories. Accession is a right of ownership over a thing by virtue of it being an accessory.

An owner is entitled to profits from a thing because profits of the type of accession known as fruits.  The parties were fighting over the fruits (profits) of a thing (land) on which the pipelines are located. Those profits accrue to the owner of the land because they are accessories of the land itself. In other words, said the court, they accrue by accession. The Fifth Circuit concluded that the profits belong to the possessor in good faith and sent the case back to the district court to figure out whether QEP met the test for good faith

Before you go deriding Louisiana law for calling things “things” (which is what they are, after all) know that it has its own big words that you don’t understand: the reconventional demand, the Falcidian Portion, the usufructuary and sibling the naked owner, incorporeal movables, toleration of the enjoyment, … I could go on.

What does the King of Zydeco think about these odd-sounding words?